I’m running into issues where the surface heat flow in a model I’m running was producing values 30 times what I’d expected (getting values around 5.5e14 rather than 1.5e13). I decided to see if the simple 3D spherical shell cookbook model (cookbook 5.2.3 in Aspect 2.1.0 manual) had a similar problem and I got the values below, which are already higher than the cookbook example (cookbook heat flow supplied for comparison).

I was wondering if anyone had come across this problem or had an idea of what might be causing this?

I’ve supplied the software versions below if anyone wants to test this model.

Thanks for your help,
Kind regards,
Alex Rutson 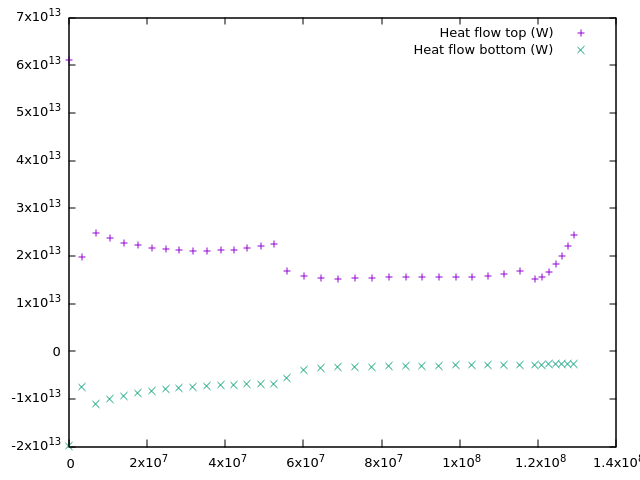 expected heat flow from the cookbook: 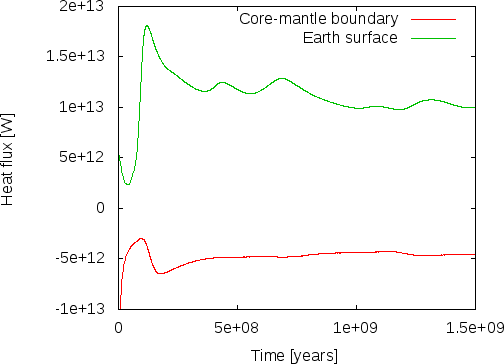 Alex:
I can’t really say much about the issue at hand, but would encourage you to try this again with a more recent version of ASPECT. Things change, and things get fixed, and it’s not worth worrying about versions of ASPECT that are already three years old.
Best
W.