We are pleased to announce the release of ASPECT 2.2.0. ASPECT is the Advanced
Solver for Problems in Earth's ConvecTion. It uses modern numerical methods such
as adaptive mesh refinement, multigrid, and a modular software design to
provide a fast, flexible, and extensible mantle convection solver. ASPECT is
available from

and the release is available from 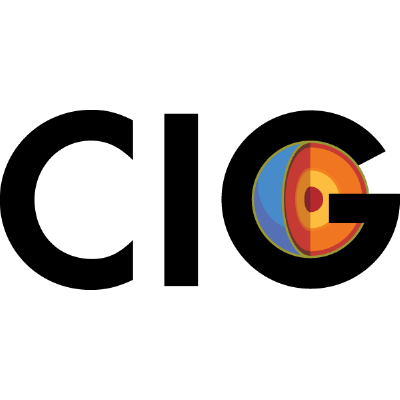 We are pleased to announce the release of ASPECT 2.2.0. ASPECT is the Advanced Solver for Problems in Earth's ConvecTion. It uses modern numerical methods such as adaptive mesh refinement, multigri...

- New: There is a new matrix-free Stokes solver which uses geometric
multigrid.
This method is significantly faster than the default algebraic multigrid
preconditioner and uses less memory. Free surface and melt transport
are not yet implemented.
(Thomas C. Clevenger, Timo Heister)

- Changed: The Geodynamic World Builder has been updated to version 0.3.0.
(Menno Fraters)

- New: The "Free surface" functionality has been generalized and is now
part of "Mesh deformation". This change is incompatible to old parameter files
that used the free surface.
(Rene Gassmoeller, Anne Glerum, Derek Neuharth, Marine Lasbleis)

- Incompatibility: The option to use PETSc for linear algebra has been
removed until further notice.
(Timo Heister)

- New: If the user has the libdap libraries installed then input data can be
pulled from the server instead of a local file.
(Kodi Neumiller, Sarah Stamps, Emmanuel Njinju, James Gallagher)

- New: The material models can now outsource the computation of the
viscosity into a separate rheology model.
(Rene Gassmoeller)

- New: There is a new termination criterion that cancels the model run
when a steady state average temperature is reached.
(Rene Gassmoeller, Juliane Dannberg, Eva Bredow)