We are pleased to announce the release of ASPECT 2.4.0.

The release with release notes is available from: 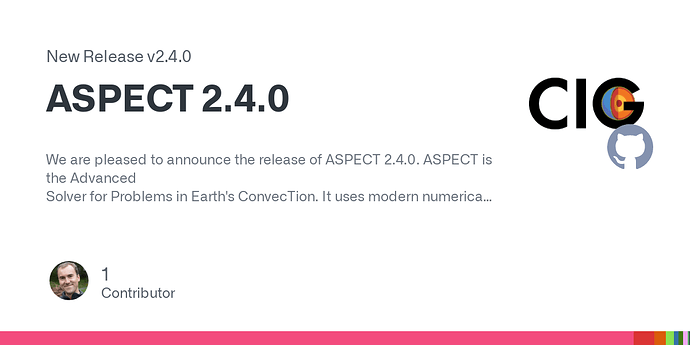 We are pleased to announce the release of ASPECT 2.4.0. ASPECT is the Advanced Solver for Problems in Earth's ConvecTion. It uses modern numerical methods such as adaptive mesh refinement, multigri...

Or visit https://aspect.geodynamics.org for more information.

Among others this release includes the following significant changes:

A complete list of all changes and their authors can be found at
https://aspect.geodynamics.org/doc/doxygen/changes_between_2_83_80_and_2_84_80.html