A quick question about material model and rheology properties

I have a quick question.
In the material model, I have three properties which are upper crust, lower crust, and mantle, respectively.

This is capable of ASPECT using the viscoplastic or diffusion and dislocation model?

In my knowledge, diffusion creep is dominant in deeper depth so that’s why I’d like ot only consider dislocation for crusts. I am wondering It is proper assumption or not?

At the moment you cannot specify different flow laws (diffusion, dislocation, composite) for different compositional fields in either the visco plastic or diffusion dislocation material models.

However, you can work around this in the visco plastic material model by using a composite flow law, but using diffusion creep parameters that gives an extremely largely values in layers (upper or lower crust) where you only want dislocation creep.

For example, using a diffusion creep Prefactor value of 5e-51and setting the activation volume and energy to 0 would give a viscosity of 1e50 Pa s. If the dislocation creep viscosity viscosity is 1e21 Pa, the resulting composite viscosity is almost exactly 1.e21 Pa s.

Would this approach work in your case?

John has already answered the implementation part of your question, so I’ll focus on your second question.

In my knowledge, diffusion creep is dominant in deeper depth so that’s why I’d like to only consider dislocation for crusts. I am wondering It is proper assumption or not?

It’s a simplifying assumption that potentially saves computational effort (depending on the underlying code structure). Whether or not it is reasonable depends on what you are interested in studying.

Diffusion creep dominates at low deviatoric stresses / low strain rates. The transition to dislocation-dominant creep is a function of material properties and stress-temperature conditions, so there is no single answer to your question. However, answering the following questions should help:

The real world is complex; grain size evolution and plastic/elastic/brittle behavior all influence deformation at crustal levels. But I hope these points answer your question. 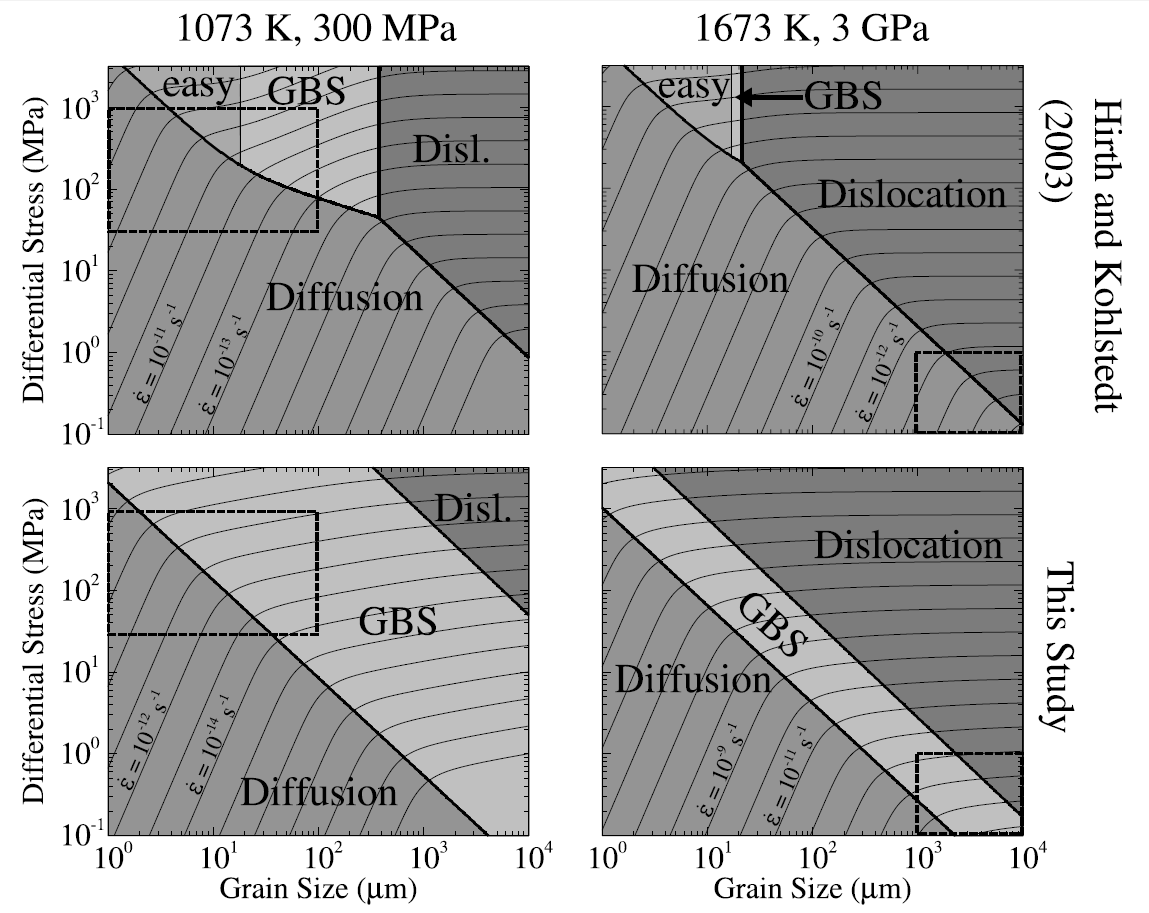